Writing code is rarely just a private affair between you and your computer. Code is not just meant for machines; it has human users. It is meant to be read by people, used by other developers, maintained and built upon. Developers who produce better code, in greater quantity, when they are kept happy and productive, working with tools they love. Developers who unfortunately are often being let down by their tools, and left cursing at obscure error messages, wondering why that stupid library doesn't do what they thought it would. Our tools have great potential to cause us pain, especially in a field as complex as software engineering.

User experience (UX) should be central in application programming interface (API) design. A well-designed API, making complicated tasks feel easy, will probably prevent a lot more pain in this world than a brilliant new design for a bedside lamp ever would. So why does API UX design so often feel like an afterthought, compared to even furniture design? Why is there a profound lack of design culture among developers? 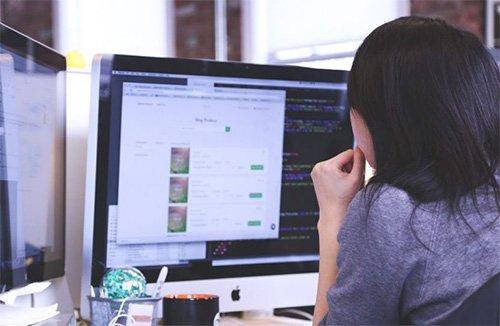 Part of it is simply empathic distance. While you're writing code alone in front of your computer, future users are a distant thought, an abstract notion. It's only when you start sitting down next to your users and watch them struggle with your API that you start to realize that UX matters. And, let's face it, most API developers never do that.

Another problem is what I would call "smart engineer syndrome". Programmers tend to assume that end users have sufficient background and context -- because themselves do. But in fact, end users know a tiny fraction of what you know about your own API and its implementation. Besides, smart engineers tend to overcomplicate what they build, because they can easily handle complexity. If you aren't exceptionally bright, or if you are impatient, that fact puts a hard limit on how complicated your software can be -- past a certain level, you simply won't be able to get it to work, so you'll just quit and start over with a cleaner approach. But smart, patient people? They can just deal with the complexity, and they build increasingly ugly Frankenstein monsters, that somehow still walk. This results in the worst kind of API.

One last issue is that some developers force themselves to stick with user-hostile tools, because they perceive the extra difficulty as a badge of honor, and consider thoughtfully-designed tools to be "for the n00bs". This is an attitude I see a lot in the more toxic parts of the deep learning community, where most things tend to be fashion-driven and superficial. But ultimately, this masochistic posturing is self-defeating. In the long run, good design wins, because it makes its adepts more productive and more impactful, thus spreading faster than user-hostile undesign. Good design is infectious.

Like most things, API design is not complicated, it just involves following a few basic rules. They all derive from a founding principle: you should care about your users. All of them. Not just the smart ones, not just the experts. Keep the user in focus at all times. Yes, including those befuddled first-time users with limited context and little patience. Every design decision should be made with the user in mind.

Here are my three rules for API design.

Most API developers focus on atomic methods rather than holistic workflows. They let users figure out end-to-end workflows through evolutionary happenstance, given the basic primitives they provided. The resulting user experience is often one long chain of hacks that route around technical constraints that were invisible at the level of individual methods.

To avoid this, start by listing the most common workflows that your API will be involved in. The use cases that most people will care about. Actually go through them yourself, and take notes. Better yet: watch a new user go through them, and identify pain points. Ruthlessly iron out those pain points. In particular:

2 - Reduce cognitive load for your users.

In the end-to-end workflows you design, always strive to reduce the mental effort that your users have to invest to understand and remember how things work. The less effort and focus you require from your users, the more they can invest in solving their actual problems -- instead of trying to figure out how to use this or that method. In particular:

The litmus test I use to tell whether an API is well-designed is the following: if a new user goes through the workflow for their use case on day one (following the documentation or a tutorial), and they come back the next day to solve the same problem in a slightly different context, will they be able to follow their workflow without looking up the documentation/tutorial? Will they be able to remember their workflow in one shot? A good API is one where the cognitive load of most workflows is so low that it can be learned in one shot.

This litmus test also gives you a way to quantify how good or bad an API is, by counting the number of times the average user needs to look up information about a workflow in order to master it. The worst workflows are those that can never be fully remembered, and require following a lengthy tutorial every single time.

3 - Provide helpful feedback to your users.

Good design is interactive. It should be possible to use a good API while only minimally relying on documentation and tutorials -- by simply trying things that seem intuitive, and acting upon the feedback you get back from the API. In particular:

i want to murder whoever is responsible for this incredibly descriptive error:

(in general, always use ValueError and avoid assert).

Good error messages improve the productivity and the mood of your users.

@fchollet It's my first time using Keras and I think this is the nicest error message I've ever received! It solved the problem too! pic.twitter.com/N7n1tRBjrt

These are all fairly simple principles, and following them will allow you to build APIs that people love to use. In turn, more people will start using your software, and you will achieve a greater impact in your field.

Always remember: software is for humans, not just for machines. Keep the user in mind at all times.